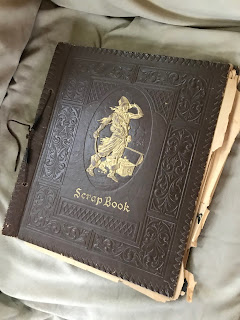 My grandmother's photo album has an entire page dedicated to the McKays.  Mattie Maupin McKay was her sister.  Our family was close to many of the McKay cousins and I can say, they were a fun bunch!


Posted by Jaclyn Morgan at 1:18 PM No comments: 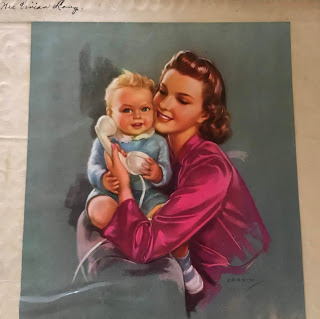 Vivian Long Maupin's photo album is full of family photos, but my Aunt Norma did not pay any attention to the note Grandma left behind.  There are no photos left in the album with her in them.  Fortunately, my cousin does have them, and I have photographed them in the past. 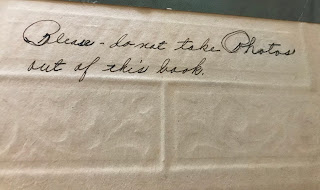 Aunt Maxine Long Delaney has several pages devoted to her; this is the first one, with her graduation gown and then photos with her and Uncle Bob.  If she looks like she got married as a teenager, it's because she was 18 when she and Bob married at St. Philip Neri Church in 1942.  I'd love to know the story of how they met. 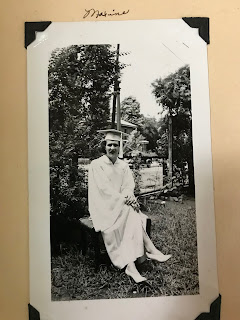 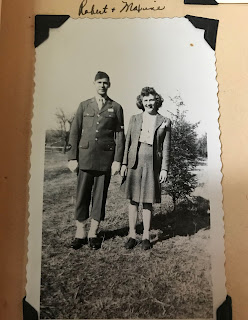 Although some of these photos show Bob in military uniform, he didn't enlist until 1944 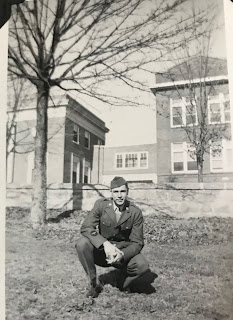 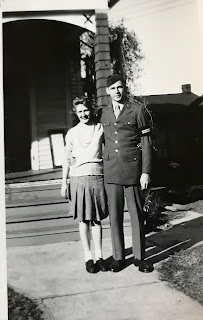 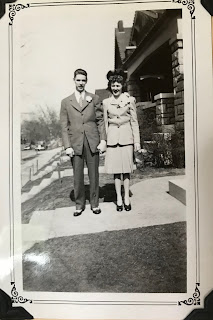 Wedding photos above and below---I'm sure.  Wondering who is standing on the step in such a "model" pose with Grandma looking up at her?  Photos with the Delaneys and one of Bob's young brother Ken. 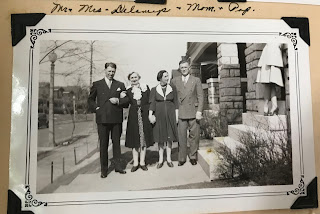 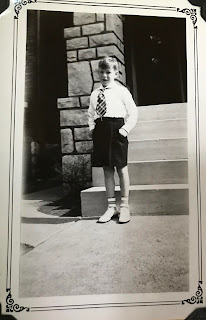 Posted by Jaclyn Morgan at 10:49 AM No comments: 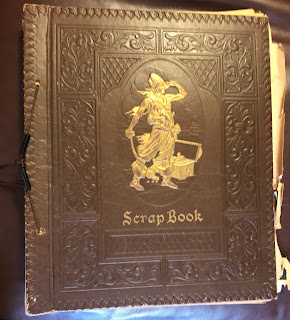 Several years ago, I inherited my grandmother's photo album always intending to share the photos on this web site, but it was shoved in a bin stored under a chair because "life" happened.  Recently a cousin came over and I showed him the album.  So, before I put it away again here are some photos.  I believe all of the outdoor photos where when the Longs went to Arkansas to meet the Wickers before (after?) Mother (Arky/Louise) and Dad (Lee) were married.
Amendment:  I'm going to say AFTER they were married judging from the trees in Arkansas---looks like October or November and they were married in September (having known each other just 6-8 weeks I believe) 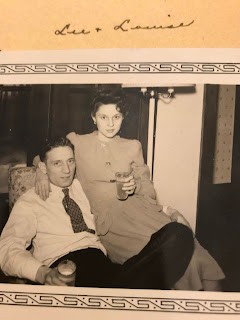 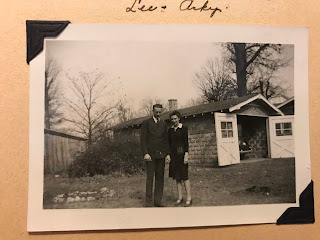 Posted by Jaclyn Morgan at 1:37 PM No comments:

I re-arranged some furniture yesterday to get to a file drawer.  Inside the drawer, I found a notebook in which I had made various notes including one entitled "Two Grandmothers".  It was actually about my mother's grandmothers Macy Alice Williams and Martha Sollis.  These were notes I'd taken after talking to my mother.

I think Mother was pondering on how similar their lives were but with such a difference in outcome.  Both women were reportedly twins, but we think their twins died at birth. They grew up in what we would call dysfunctional families.  Macy's father left the children to be raised by the oldest child, Sam (20), when their mother died.  I'm not sure what happened to Matty's father, but her mother is in 1880 census as a widow with 2 young children (9 and 5) while Matty was working as a servant in someone's home at 13 years old in another town.

They were both widows with young children.  Macy's husband died before my grandfather was born and Matty's husband died when my grandmother was a toddler.  Both husbands died from horse accidents----knowing the family history, I believe both were racing horses.  Both women re-married shortly afterwards to possibly abusive husbands.

At this point their stories begin to diverge.  When Grandpa didn't "get along" with his step father, he was sent to live with relatives.  Macy had the advantage of having a lot of family nearby so Grandpa had a variety of family to live with.

Matty, on the other hand, became mentally ill and was sent to Farmington Mental Hospital.  Grandma was put in foster care.

Back to Mom's notes----both women received support and strength from their Methodist churches in southeast Missouri's bootheel.  Macy became stronger with the support of the church and had 2 sons who became preachers (Grandpa's half brothers)

Matty was broken, but received support from her church in that they took my grandmother in and helped raise her.  One of the families was Macy's brother's family:  Maggie and Martin Luther Williams.

Mother concluded that these two women "molded her outlook".  Mother frequently donated to the Methodist church which had supported both women and to a Women's Shelter in Warren County, Mo. which provided a place for women to go in abusive situations.  Mother believed that she needed to help others who might have been like Macy and Matty.  By donating to these organizations, she hoped that her money would make a difference in someone's life, and they would become stronger like Macy. 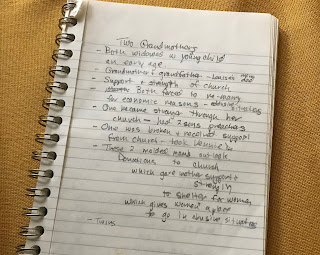 Posted by Jaclyn Morgan at 11:32 AM No comments:

Ancestry.com has been rolling out a wonderful tool called "Thru-lines".  It combines DNA with family trees and sometimes projects who the mutual ancestor is.

So, each of these children of James ? Graham has a DNA match for me.  The only thing "for sure" is that each of us matches DNA (I've blurred some of the photos for privacy reasons) and we have a common ancestor.  Several of us have speculated that James ? Graham is our ancestor, so Ancestry pulled us all together.  Now whether that common ancestor is James would require us all to match James' siblings.  Since we all only match at about a 5th-6th cousin level, that isn't really possible at this time unless we find a very strong strand of DNA. Click on the pictures to enlarge them.

That we all match at all,  is a miracle since I don't really have strong Graham genes.  His wife Sarah Broyles is where my strength is---I match her family for several more generations back.  James has a ?? because I was never very sure about him.

Also note that I am the only William Graham descendant on this and yet I know there are 31 of his descendants who match William.  Here are his children's descendants who have DNA matches:  Margaret (8), Theodore (2), Susan (5), James Madison (3), Mary Polly (11) and Thomas (2).

This means that the strand I match all of these under James, is not shared by the other 30 descendants of William.  They probably have different matches than I do.  DNA is so fickle.
Posted by Jaclyn Morgan at 8:26 AM No comments:

Jaclyn Morgan
Mother of 3; grandmother of 8; wife of 1; sister of 2; cousin of dozens; aunt of 7; great-aunt of 7; teacher of thousands